Catherine McNeil is the new October cover girl of Vogue Australia. Catherine McNeil is an Australian fashion model. She has been featured in advertisements for D&G, Versace, Donna Karan, and Jean Paul Gaultier. She also appeared in the past in French Vogue. 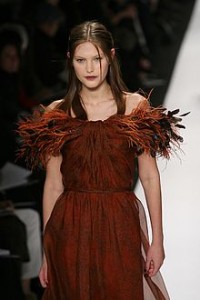